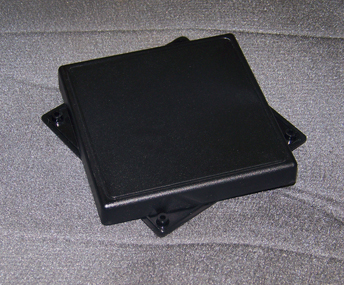 Plastic electrical enclosures have been gaining popularity in the electronics and manufacturing fields in the last years. Previously, metal enclosures were predominantly used, as they provided better protection than the plastics available at that time. However, new and more advanced types of plastics have been developed, which has widened the scope of application of enclosures made out of plastics in a broad range of industries.

Electronics enclosures which are used in the outdoors are designed with two reasons in mind. The first one is keeping away unauthorized users and preventing them from tampering with the protected equipment or even harming themselves. The second reason for the implementation of such enclosures is in order to be able to protect the delicate electronics of the equipment from the environmental conditions like wind, snow, dew, rain or other contaminants. Almost all electronic items that are used in the outdoors have electrical enclosures to secure their internal components. So, here are some of the common uses of plastic electrical enclosures in the outdoors, which you can see almost everywhere around the world.

Most of the stoplights are usually controlled from several different locations simultaneously. They have control boxes on the spot, but they can also be controlled remotely from another location, like a traffic control center. When workers have to fix the stoplights, for instance when there is a power outage or any other problem that has to be dealt with on the spot, the electrical enclosures help them access the necessary wires. These enclosures are usually quite large as they have to house a lot of components, which are necessary for the stoplights to operate properly and without errors.

In order to operate without difficulties, automatic outdoor gates require electronic components. But these components would be subjected to the elements. So, an enclosure is used to house all the elements of the door opening mechanism. Normally, the box is placed next to the gate. Most common types of gates require no additional cooling to be applied in the enclosure, but in some complicated models which are subjected to frequent use a cooling system in the unit can be beneficial, as it would prevent the electrical components and wires from overheating.

Outdoor cameras are used strategically by many businesses as well as in private residences and many public buildings. They are an invaluable element in the traffic control networks as well. They monitor the traffic flow constantly and keep the residents safe. For the majority of these outdoor cameras, plastic electrical enclosures are an inseparable part of the equipment, as they shield it from damage and interference.

This is another area where electronics enclosures are implemented frequently. In some crosswalks, the equipment used is the same as the one of the spotlight, but others have separate units enclosed in separate boxes. This is a common scenario in the types of crosswalks where the people can control the time of the walk signal through the pressing of a button. In such crosswalk equipment, a separate housing is required, so that the workers can fix any issue that may arise with the crosswalk without interfering with the working of the stoplights.

Plastic electrical enclosures which are designed for outdoor use are built with function and durability in mind. They are usually molded from durable ABS plastic and have high impact ratings, too. Apart from the durability that plastic renders the enclosures with, it is impervious to the common weather conditions and water damage, too. Such enclosures have many more outdoor applications other than the ones mentioned below. And considering that metal boxes are prone to rusting and also the lighter weight of the plastics, plastic enclosures are a really smart solution.