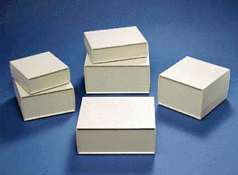 Protecting your electronic devices from threats is perhaps the most important task on your agenda. And there are many different types of potential threats that electronics may be exposed to. These include dust, water damage, low or high temperatures, but apart from these conditions, there is another group of threats that may harm your electronics and that is electromagnetic/radio frequency interference. EMI and RFI, as they are commonly shortened, can hamper or even completely disrupt the functioning of unprotected electronic equipment. That is why, if you have decided to secure your devices from the environmental conditions with electronics enclosures, you should think about adding protective EMI/RFI shielding to those enclosures, too.

Our society has become increasingly dependent on communications through wireless signals. Wi-Fi and cell phones are two of the most common examples of such communications, which transfer data not through wires, but through the air. However, all these devices must not interfere with each other’s transmissions and each device must also be shielded from the electromagnetic and radio frequency radiation that is already present around us; otherwise it won’t perform up to the standards. This is especially vital for important and life-saving equipment such as the one used in hospitals and by the military and the police.

How Does It Work?

How Is The Shielding Applied?

There are a number of methods that can be used to shield an electronics enclosure against electromagnetic and radio frequency interference depending on the type of material the enclosure is made of. For plastic electronics enclosures, the preferred method is through applying a conductive coating to the enclosure. For very low frequencies, nonmagnetic coatings like aluminum do not work. Thus the preferred materials used for shielding are iron or nickel-based coatings in the form of acrylic lacquer. The latest and most advanced type of EMI/RFI shielding coating is the Electordag 550 Coating. With this type of coating applied, the enclosure and its contents are shielded against any unwanted emissions and radiation and provided with excellent attenuation.

What Standards Should Be Met?

Shielded enclosures have been in use for more than 80 years now. The first standards that governed EMI shielding were introduced by the military in the 1930s and ever since then, there have been many new standards implemented. Today, there is an endless list of these standards. Apart from the military, there are organizations such as the American National Standards Institute, the Federal Communications Commission, the National Security Agency, the International Electrotechnical Commission and the Institute of Electrical and Electronics Engineers that have issued their own standards.

The compliance testing requirements for EMI/RFI shielding are very specific to the application of the electronics enclosures. However, every shielding applied has two main goals – protecting the device from the external/incoming EMI and restricting the EMI emitted from it. As EMI can be radiated from a particular source and transferred through the air or it could be conducted through different materials, the goal of testing and certifying shielded enclosures for compliance with the different standards is to be able to gauge their capacity to shield from four different scenarios: conducted susceptibility or CS, conducted emissions or CE, radiated susceptibility or RS and radiated emissions or RE.

All the electronics enclosures of SIMCO are UL certified.